With famous admiration for the beautiful Venetian island of Murano and an ongoing interest for innovation, the Salviati family have traced their own and quite important path in the history of Murano glassmakers. It has never been said that in order to belong to Murano’s coveted family of glass artists one needs to be born into one, and Salviati has proven this to be right. With a past in mosaic production and an incomparable sense of pioneering, this family brought a twist to the established rules and traditions of the glassmaking industry.

Salviati’s story begins in the middle of the 1800’s, when Antonio Salviati (an Italian lawyer from Vicenza) revamped the whole glass industry in Venice. After the enormous success of Murano glass in the previous centuries, with much concern Venice saw the industry’s decline, mostly due to the rapid growth of its competitors (England and Bohemia). Antonio Salviati had always professed an endless love for his city, and suddenly turned his interest to saving the crumbling mosaics in Saint Mark’s Basilica. Lacking the knowledge that most glass-maker families had acquired throughout the years, Salviati hired two great minds to manage his project: Lorenzo Radi and Enrico Pondio. With them, “Salviati Dott. Antonio fu Bartolomeo” opened his furnaces in 1859 in the Dorsoduro neighborhood in Venice. 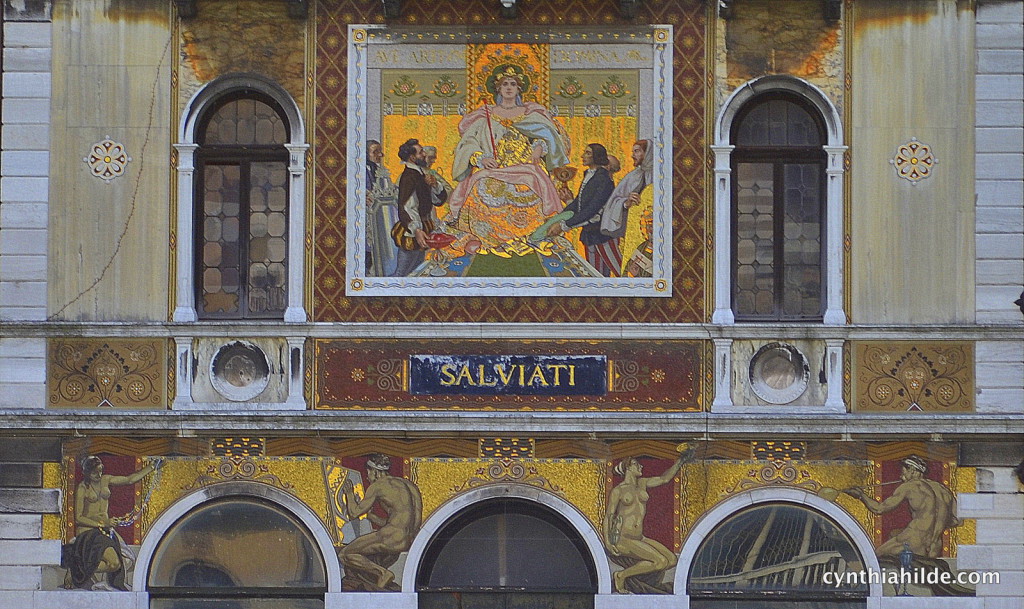 “Experimental” became the word that described Salviati’s work best. Investigating different techniques and materials, Salviati soon became an innovator in the field. By 1877 he started his very own production of glasses, bowls, vases and chandeliers thanks to the help of glass masters such as Antonio Camozzo and the famous Baroviers. He suddenly became famous for his enamel glass mosaics, gaining recognition in Europe, Asia and America. This technique comes directly from the Byzantine era, when artists used to decorate altars and walls with golden mosaics, mostly used to narrate biblical stories. These artworks are done by using a small hammer and a knife to cut the glass enamel pieces (tesserae), which are then assembled and glued together to form a pattern. The glass pieces’ form is shaped so irregularly that it makes them excellent light reflectors, giving mosaics a glossy and shiny appearance. While working with Salviati, Lorenzo Radi was also able to do ample research and rediscovered how to make Chalcedony glass (a technique that gives glass a range of colors that imitate natural chalcedony mineral). Radi’s discovery allowed Salviati to take his innovative artworks to the 1862 World Fair in London, gaining him a commission to work on some of London’s most iconic institutions such as the Parliament and Saint Paul’s Cathedral. Salviati then made a decision to divide his factories: some would be destined for mosaic production, others for blown glass production. 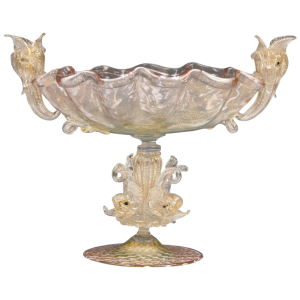 Antonio Salviati passed away in 1890, leaving his empire to his sons Giulio Salviati and Silvio Salviati. After being purchased by the Barovier family in 1883, the company was run by Maurizio Camerino, a young glass master who began his craft inside the Salviati family, leading the company into the 20th century. During the 1950’s – and thanks to Luciano Gaspari’s role as artistic director – the company developed important collaborations with architects such as Sergio Asti and Vinicio Vianello. Nowadays, Salviati has a strong partnership with contemporary designers such as Anish Kapoor and Tom Dixon, discussing and discovering new approaches to glass art.

Salviati’s works can be appreciated at Westminster’s Cathedral and Saint Paul’s Cathedral in London, the Council House and the Chamberlain Memorial in Wales, the Ajuda National Palace in Lisbon and the Opera Theatre in Paris. He also won several gold medals and awards from various events including several Paris Universal Exhibitions and three Italian expositions in Milan, Florence and Turin. It is thanks to him that Murano glass industry rediscovered precious techniques that led to creation of the avventurina glass and the opalino glass. His love for Venice and his hard work dedicated to the rebirth of famous Murano Glass gave Salviati a unique vision that took the art of Murano Glass to the next level and revolutionized it for years to come.