Murano glassmaking history is filled with extraordinary stories of success and innovation. While some glass masters’ stories may be more recent than others, they have all been characterized by clever inventiveness and dazzling dexterity. Among the most famous families of glass masters in Murano we find Fratelli Toso, with over 150 years of experience in the field. Theirs is a story of true Italian innovation and solid family bonds that have endured some of the industry’s most challenging times, proving to be tougher and stronger with the passing of time. 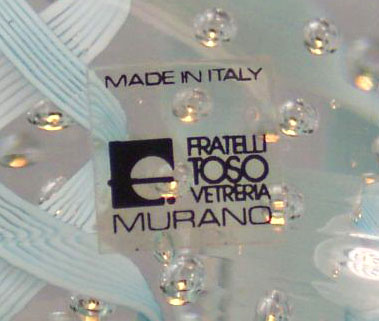 In a period of doom and detriment that damaged Venice and its surrounding islands, the Toso represented Murano’s spark of hope after Napoleon’s fatal occupation. It was the end of the 18th century, and Murano glass furnaces started to close, while some artisans preferred to simply flee the island. During this period of darkness and gloom, Murano’s ancient glassmaking techniques and traditions were gradually forgotten. Nonetheless, the Toso’s first steps in the glassmaking industry represented a confident recovery for Murano and its factories.

The whole story began with Pietro Toso and his six enterprising sons. Ferdinando, Carlo, Liberato, Angelo, Giovanni and Gregorio joined their father in the opening of Fratelli Toso in 1854 (firstly named Pietro Toso all’Insegna di S. Giovanni), with Gregorio acting as first manager. Mostly concentrating on utilitarian objects, they soon found out their skills were far greater than they thought. As Murano was still recovering from the invasion, the glass production was mostly aimed at functional objects such as bottles and flasks for pharmaceutical and domestic use. But with the help of Vincenzo Zanetti and with endless hours of work and practice, Pietro’s sons developed their skills and perfected their technique for hand made glass. In 1864, ten years after its opening, Fratelli Toso presented a magnificent glass chandelier, produced specifically for the opening of the Murano Glass Museum. This beautiful piece, which earned immediate acclaim, can still be appreciated today at the same place at Murano Glass Museum.

In 1862, Pietro Toso died, leaving Gregorio at the helm of the company. During this time, the family business changed names several times, until reaching the one it became famous for: Vetreria Fratelli Toso. Gregorio’s unfortunate passing in 1897 left the last one of the brothers, Ferdinando Toso, to lead the company. A few years later in 1902, Ferdinando’s death left his son Lorenzo in full control of the factory. Lorenzo, along with his brothers Vittorio, Arnoldo, Giuseppe Gianmaria and Giuseppe Stanislaus, began working under the name of Antica Vetreria Fratelli Toso. In 1917, the factory was transferred to Livorno due to the danger and instability caused by the First World War in Venice. After the factory’s relocation back to Murano in 1924, the company experienced an unexpected period of low productivity, but the family’s third generation of glass masters would put Fratelli Toso back in the game. Pietro’s grandsons Amletto, Armando, Ermanno, Michele, Alfio and Aldo took the reins of the company and introduced it to the 20th century. The company rapidly gained recognition among the increasing number of American clients, and soon hired important designers such as Pollio Perelda, Hans Stoltberg Lerche and Rosanna Toso.

Toso family worked with Murano’s most famous glass masters, including those from the Ferro, the Barovier and the Zuffi families. It was Lorenzo’s sister Giuseppa, who married Vittorio Zuffi, an important figure in Murano’s glassmaking history. Ferdinando’s sister Emilia married Francesco Ferro, which resulted in the creation of a separate business called Ferro Toso in 1901, while in 1936 Ercole Barovier joined the latter, transforming it into Barover & Toso, a company we still know today. 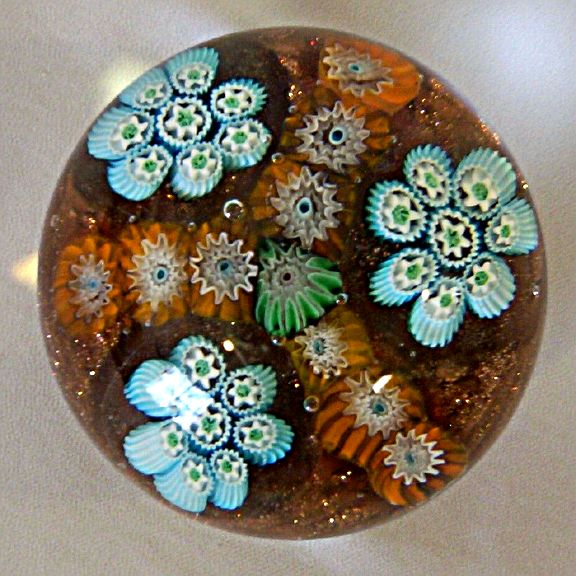 Fratelli Toso’s most relevant contribution to Murano’s glassmaking history is their beautiful murrine (or millefiori). As ancient as this technique may be, many people are actually very familiar with it and would definitely recognize it when shopping through glass stores in Venice. Millefiori starts with creation of a Millefiori cane, which is formed from an assortment of colorful glass canes that have been fused together, thus forming shapes and patterns in the inside. Once the fused canes have cooled down, they are sliced into small pieces, resulting in tiny circular flat beads, known as “murrine”. These murrine can be assembled and integrated into innumerable creations such as brooches, earrings, watches, frames and vases; all treated with different fusion techniques. The Toso were so skilled in the production of murrine millefiori during the 19th century that they were called “murrinari”. Their collections of millefiori pieces are quite extensive. Some of their collections are the colorful Millepunti (literally “a thousand points”), the Redentore (which mimics fireworks), the Farfalla (or butterfly, which resemble artistic brush strokes) and Cattedrale (simulating the stained glass windows of ancient cathedrals).

An important part of Murano island’s glorious past, the Fratelli Toso archive is one of the widest and richest chronicles in the whole world. It covers more than 150 years of innovation and expertise, going from the renewal of Murano glass industry to today’s most exquisite and fascinating creations. The company archive includes over 30,000 drawings and sketches, some dating from the 19th century, all documenting the courageous steps of the Toso family in the glassmaking industry. The family’s final goal is to finally produce a monograph that studies the Toso family’s passage through time and their invaluable contribution to Murano glass development. It would be the ultimate memoir of this Italian family of Murano glass masters, finally ready to be shared with the world.