Venice was founded as a refuge for members of society that fled various invasions occurring in Italy many centuries ago. Because Venice eventually became a republic, which was freer and more liberal than all other European states of the day, it attracted talent from far and wide and became a birthplace of many prominent people in the spheres ranging from arts to sciences to commerce and politics.

Below, we tell stories of five notable Venetians, who made great contribution to the society and influenced the course of the modern world. However, throughout the generations Venice continued to produce incredible entrepreneurs and artists- so this list is just a taste of what Venice had and has to offer to the world. 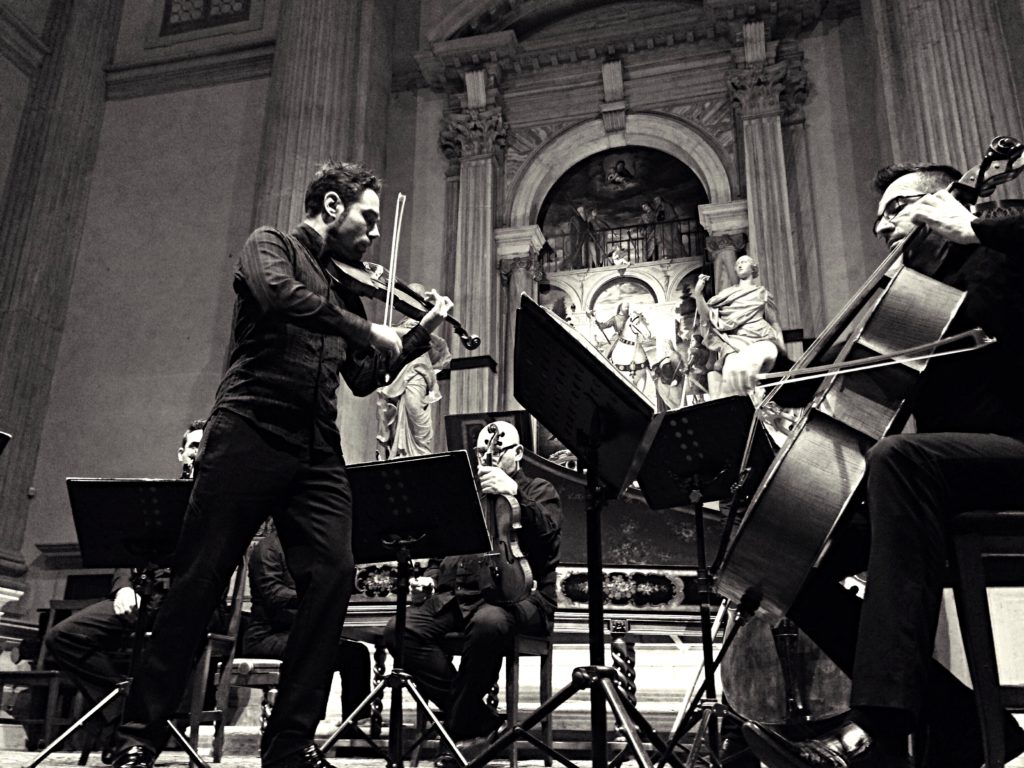 Antonio Vivaldi is without a doubt one of the most influential baroque musicians. He was born in Venice in 1678, and was baptized almost immediately. Many historians note the significance of this event, because it suggests that Vivaldi was set to lead a life heavily influenced by Catholicism.

Vivaldi’s father was a budding violinist, who taught his son to play, and subsequently brought him on a musical tour of the Venetian lagoon. Although Vivaldi was ordained as a priest, and dedicated much of his time to the church, his passion for music was longstanding. A brilliant violinist and a talented composer, Vivaldi lived in Venice his entire life, although he found much success in other European countries too. While he remained a well known figure throughout his life, after his death, he fell into relative obscurity and fame eluded him.

It wasn’t until the mid-20th century that historians uncovered a large body of his work, and reintroduced him to society. This Venetian musician, best known for composing the “Four Seasons”, is now played not only all over Venice but also in the best concert halls of the world, and is considered one of the greatest composers of all times. He is a large part of Venetian artistic heritage and his influence on European and world culture is undisputed. 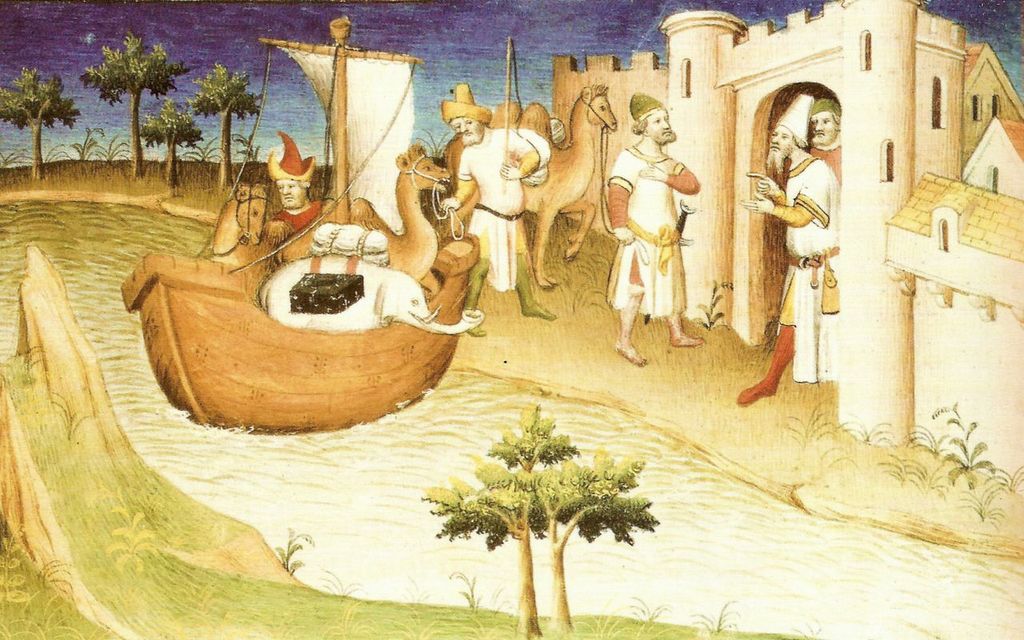 Marco Polo is a household name, known by most throughout modern society as a noted adventurer. However, a lesser known fact is that he was born and raised in Venice. This merchant traveler followed in the footsteps of his father and uncle who traveled to Asia previously. Accompanied by his experienced relatives he traded extensively abroad and eventually spent 24 years in Asia, including in the court of a Mongolian khan. When Marco returned to Venice he found it at war with Genoa and promptly joined the war. Marco Polo was soon captured by the Genoese and put in jail, where he dictated the accounts of his travels to a cellmate. Thanks to this unfortunate course of events we now have a book called “Book of The Marvels of the World”, where Marco Polo’s memories have been kept alive for generations since about 1300.

Marco Polo embodied the qualities that Venetians always held dear and that modern society values as well: boldness, achievement, curiosity, and pragmatism. Upon his return he brought to Venice and indeed to Europe knowledge of previously-unheard-of things such as existence of paper money and getting energy from burning coal. It is also widely believed that his explorations of China and central Asia led to the introduction of pasta to Italy, which was inspired by the ancient art of noodle making in China. The book has since inspired many generations of explorers and travelers and had great effect on the formation of European culture and values. One prominent example was the influence Marco Polo’s book had on Christopher Columbus. Columbus was so inspired by Marco Polo’s works, that he later chose to set sail and explore the world himself. 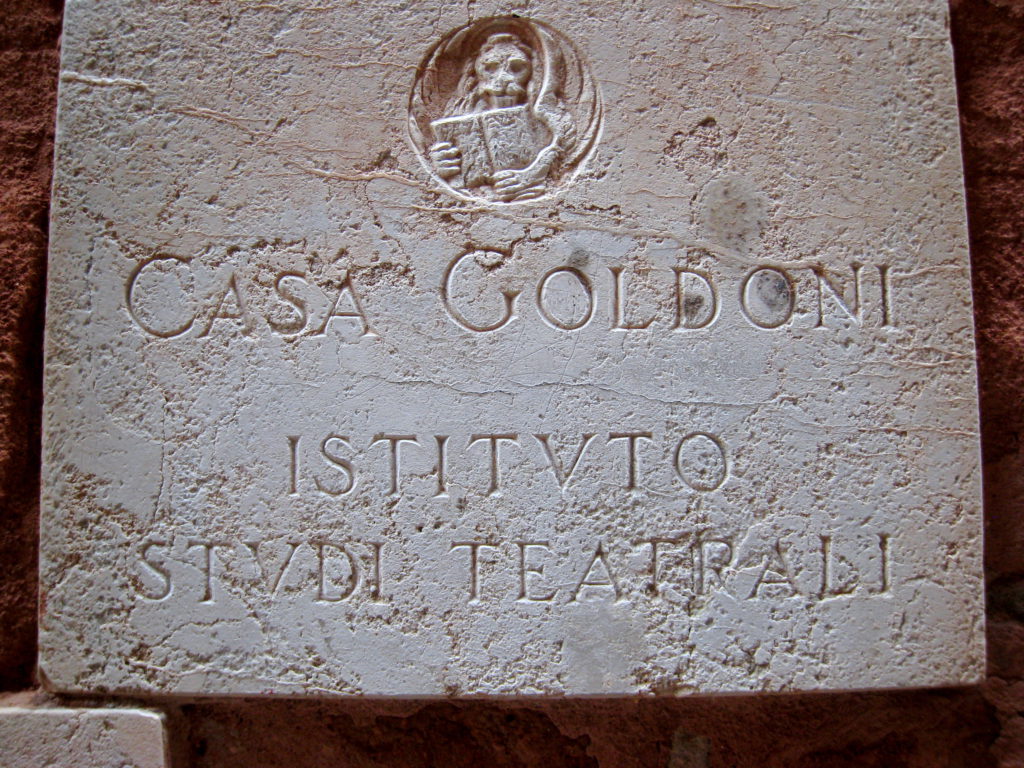 Carlo Goldoni was the William Shakespeare of Venice, a figure well-known and respected at home and subsequently worldwide. Goldoni was a prominent Venetian playwright that penned plays performed to this day. Goldoni was born in Venice in the early 1700’s, but was relocated to Rimini as a young child, where he was cared for by a famous philosopher.

However, Goldoni’s true love of Venice made hime run away as a young boy- and return to the Lagoon city. Carlo Goldoni would later enroll in school, where he was exposed to Greek and Latin comedies- an experience which perhaps set the tone for his later works.

Comedies were integral to Goldoni’s work, and his time spent in Italian theater would later prove revolutionary to the evolution of European theater. Goldoni moved Italian plays away from their rigid style and forced humor, and worked to incorporate reality into the plays- through depictions of everyday events and experiences. He is widely viewed as a theatrical genius who set the tone for modern theater, and a very important Venetian figure. 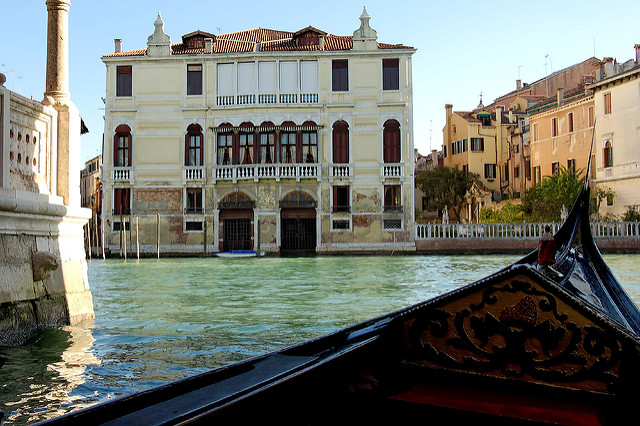 While controversial and scandalous, Giacomo Casanova is one of the best-known Venetians enjoying worldwide fame centuries after his death. He was a celebrity of sorts in his day, well-known for his amorous adventures and adventurist lifestyle, and his lasting influence on the image of Venice is undeniable. Casanova was born in 1725 in a family of Venetian theater actors, and studied in the university of Padova demonstrating quick wit and curiosity leading to great academic results. Although he graduated with a coveted legal degree and was able to enter high ranks of Venetian society, Casanova’s passion for gambling and for women led to a series of scandals and culminated in his two exiles from Venice and to a serious prison sentence. At odds with the government, church, and mainstream society, this famous adventurer perfectly embodied the revolutionary spirit of the Venetian Lagoon.

Casanova was also a popular author, who wrote autobiographical works describing his famous escape from the Palace of Doge’s prison and recounting his amorous adventures. His books are used today as a form of sociological insight into 18th century Venice. He is well known by the general public as a ladies man, hence the modern use of the term “Casanova” to indicate a flirtatious man. His many relationships with women, his tendency to gamble and his questionable professions made him fall out of favor with Venetian government and society and forced him to later set roots in France.

Casanova is noted for being more than just a regular troublemaker. Various scholars have come to the understanding that Casanova was viewed as a highly intelligent and intellectual man by his peers who questioned stringent religious dogmas and sought more open and progressive society. He also had an entrepreneurial spirit that led to his financial success later in life. 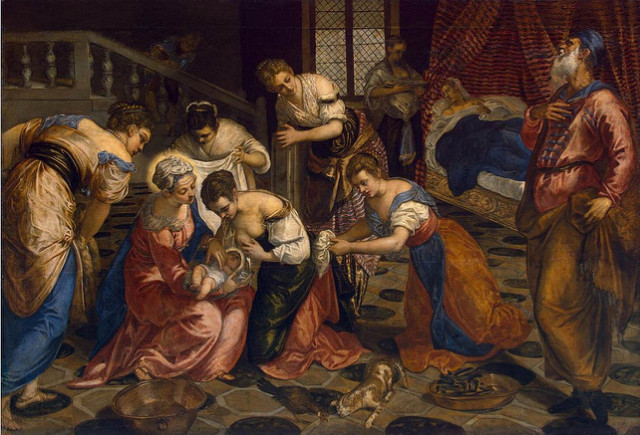 Tintoretto’s real name was Jacopo Comin and he was born in Venice in 1518 as one of 21 children in a family of a Venetian dyer, or “tintore” in Italian. Thanks to his father’s profession the boy quickly got a nickname “Tintoretto” or “little dyer” which stuck with him for life. Exhibiting rare talent from an early age, Tintoretto was sent to Titian’s studio to learn from the master. However, his relationship was Titian did not work out and the boy was sent home after only 10 days of study. Modern researchers recon that Titian, then a great established master, saw independence and spirituality in Tintoretto’s works and realized that he could not be a proper obedient student in his studio. Tales of jealousy of the old master to the boy’s talent are also abound. Despite this not-so-great start in Titian’s workshop, Tintoretto went on to develop his own unique manner and style and become one of the greatest Italian renaissance painters dubbed “Il Furioso” or “The Furious”. This nickname was acquired as a result of the amount of passion and energy he put into his work, which remained consistent throughout the entirety of his career.

Tintoretto is best known for his paintings that still hang as they did centuries ago in the churches and famous public buildings in Venice, including the Doge’s Palace. His large, sometimes monumental paintings feature realistic images, gorgeously built people, unusual perspectives, and Venetian themes.

Venice: Inspiration For Artists and Adventurers 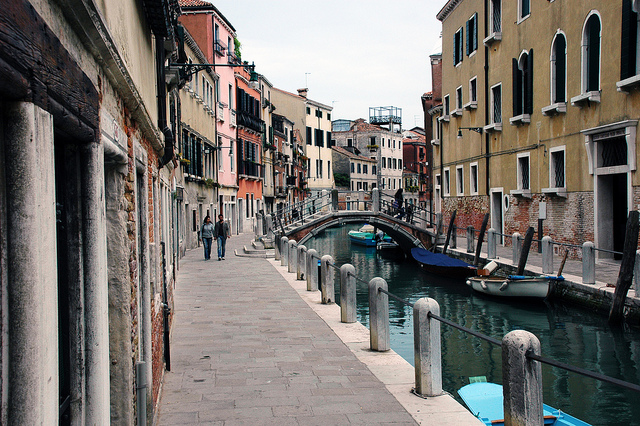 Venice was created through the persistence and perseverance of people and emerged as the only republic amid dark medieval states. This led to a burst of creative energy, curiosity, and pragmatic spirit that bore many talented artistic personalities, entrepreneurs and adventurers. If you visit, or have visited Venice, then it’s not difficult to understand how the city’s free spirit, romantic atmosphere, and natural beauty inspired so many works of art and led to its prominent role in Europe and beyond. Venice is a work of art in itself, and a stunning example of how an environment can truly influence and inspire people to create, persevere, and prosper.