Venice’s longstanding tradition of glassmaking has continued throughout generations, and to this day, the Venetian island of Murano is still internationally renowned for its active involvement in the glassmaking industry. For this reason, artists with an interest in all things glass, will typically flock to Venice- and observe the work of famed Italian artisans who still reside in the stunning city in the Venetian lagoon.

Dale Chihuly is no exception. The American artist, who studied in prestigious institutions across the United States, embarked on a glass art pilgrimage in the late 1960s. After graduating from the Rhode Island Institute of Art, he traveled to Venice, in an effort to explore different glassmaking techniques. During this trip, he worked for the renowned Murano glass company Venini, in their world-renown Venetian factory. 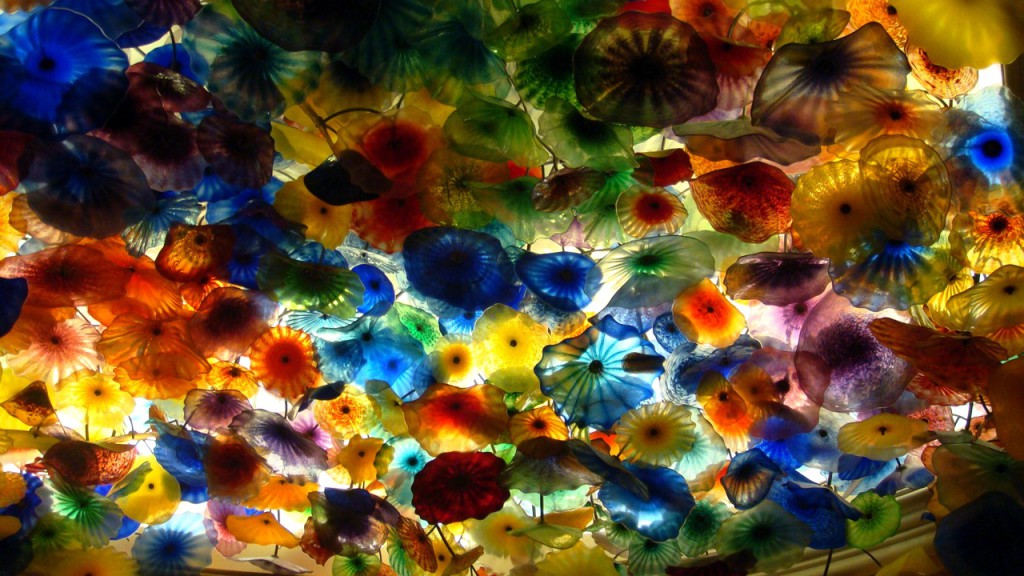 How it all started: a momentous trip to Venice

Chihuly’s time in Murano would prove key to the progression of his career. After observing the Murano tradition of team-based glassblowing, Dale Chihuly began experimenting with his own methods of production. Soon, he incorporated the idea of teamwork into his own projects, and was able to create glass sculptures far greater in size and quality than any previous creation of his.

This was a notable turning point for Chihuly, and it was arguably the beginning of a new movement of glassmaking for the industry as a whole, as it marked a unique American-born approach to the art of glass. Dale Chihuly paved the way for other American artists, interested in combining elements of traditional Venetian glass with the pure modernism of American glasswork. This was a revolutionary step for the industry.

Murano Glass as inspiration: a fusion of cultures

While Dale Chihuly is native to Tacoma, Washington State, his work reflects a fusion of cultures and nationalities. His residencies across the world, and his international exhibitions, have helped establish Chihuly as a cosmopolitan artist with American roots.

While he is, as of April 2011, the namesake of Seattle’s ‘Chihuly Garden and Glass’ exhibition center, he is also the proud contributor to exhibitions across Europe. Through his travels, and residencies, he has adopted the techniques of different countries and traditions. This is most notable in recent works, displayed across the United States, that are distinctly large and characteristically colorful- inspired by traditional Murano glass and taken to a larger scale by boldness and artistic genius of Chihuly. 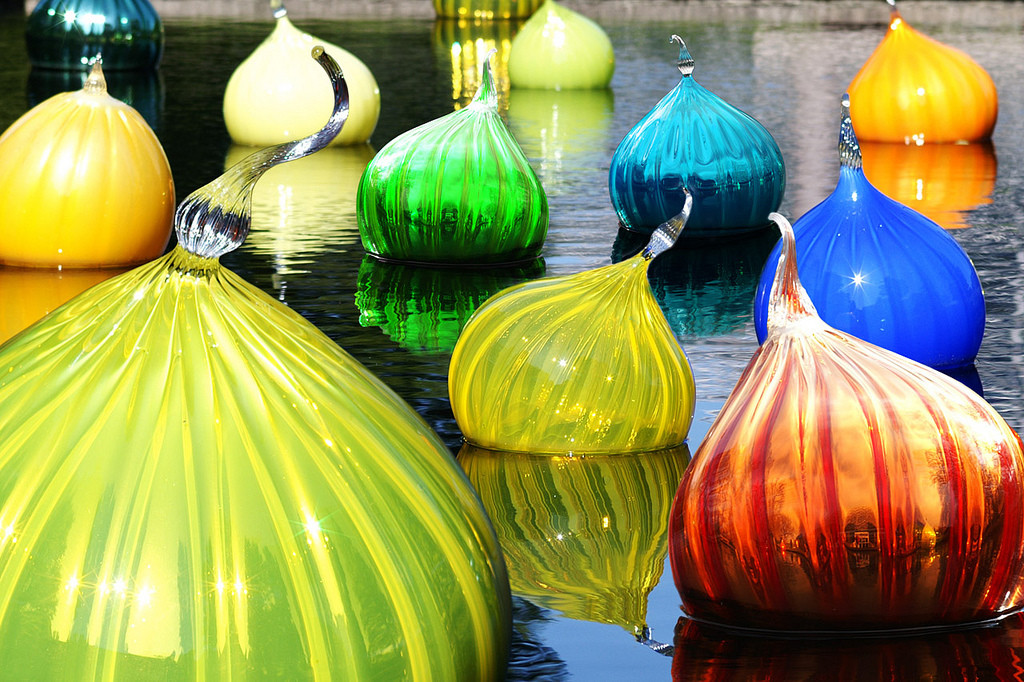 In the late 1990s, Chihuly embarked on a special project titled “Chihuly Over Venice”. The project was the inspiration for a remarkable film and book series, that documented Chihuly’s deep connection to and appreciation for Venice and Murano. The project began in 1998, and continued for a number of years, in part due to Chihuly’s erratic schedule and his insistence on continuously traveling across the world.

During this project, Chihuly visited glassmaking factories in several countries, including Ireland, Finland and Mexico. Each factory offered a unique approach to glassmaking, and Chihuly furthered his knowledge and expertise through his visits. It was during this phase that Chihuly created the stunning glass chandeliers, that would later be hung over Venice’s canals, and suspended in the Venetian piazzas scattered throughout the city. Experts widely viewed this as Chihuly’s tribute to Venice, and the artist’s token of appreciation to the city that he considered responsible for propelling his career- through its history of traditional glassmaking.

This is because, while Dale Chihuly was first introduced to glassmaking at the University of Washington, it was his residency in Murano that truly revolutionized his work. The techniques he learned, and the people he encountered, were responsible for molding Chihuly as an artist- and for introducing him to a world that extended far beyond the physical and virtual borders of American art. The factory of Venini, where Chihuly worked and studied, was in part responsible for shaping the future of his career- and the direction his work traveled in. 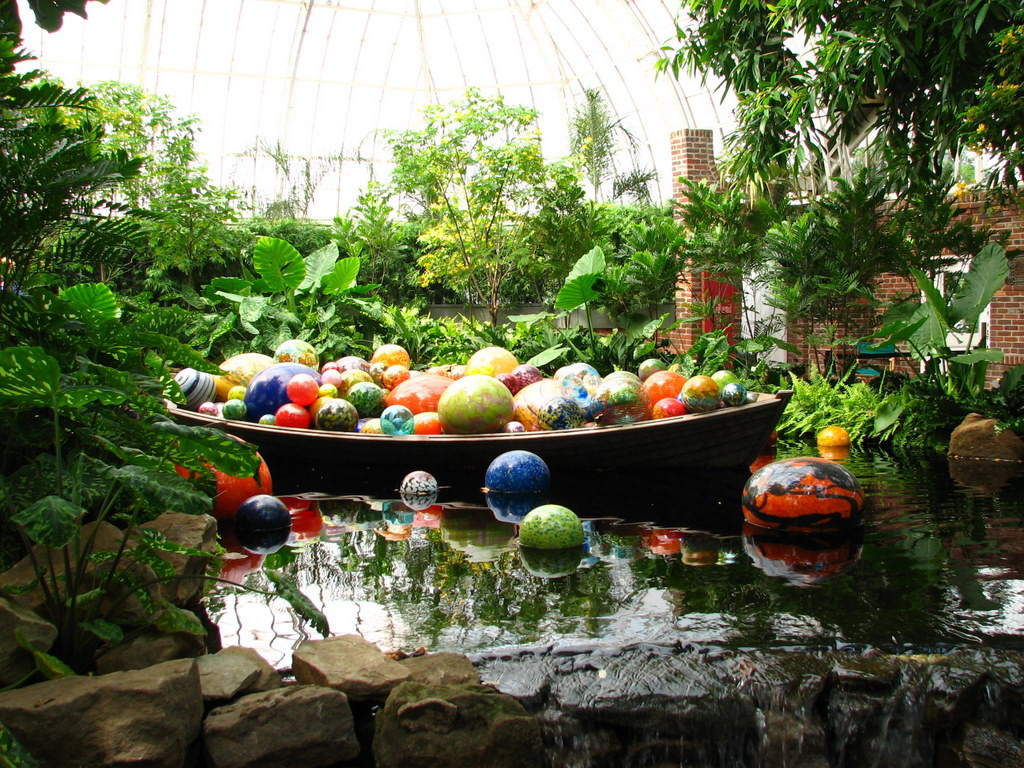 An American vision of Murano Glass

Dale Chihuly is not a Murano glass master, by any means. He is an American glass artist, with a vision and approach inspired by many different cultures and glassmaking schools. Italy and the United States share a rich and diverse history of immigration, that led to a degree of enrichment for both cultures. Chihuly adds to this special relationship, by creating a form of glass art that incorporates the best of both countries.

Fans of artistic glass, and in particular Murano glass, will delight in Chihuly’s wonderfully intricate bold and colorful pieces. Thanks to his residency in Murano, Chihuly now creates enormous structures, that suspend from breathtaking venues. Lovers of his work will also enjoy a visit to the island of Murano itself, where they are able to witness demonstrations, led by the same families that most likely inspired Chihuly’s work. This is a remarkable experience, and one not to be missed by avid followers of Dale Chihuly’s work- as well as by those who appreciate fine craftsmanship and the delicate elegance of Murano Glass.

American artists have, by the very nature of being American, a rich history of diversity to draw from. And while Chihuly drew inspiration from Native American artwork, as well as from the work of immigrants who moved to the United States, he used his love of travel and ability to incorporate various visions and cultures into his art as a differentiating point for his work. Chihuly’s time in Murano is what distinguished him from other American artists who favored the use of glass in their work. This experience allowed him to go back to the roots of the glassmaking craft, take the best from the established tradition of Murano, and bring it to the next level by becoming a glass sculptor and turning the craft of glassmaking into true art form with cosmopolitan flavor and global fame.

Those who appreciate the intricate and delicate nature of glass are sure to love Chihuly’s art rooted in Murano tradition and reaching for modern and avantgarde horizons; and those who treasure the gorgeous glassware made on Murano island will appreciate Chihuly’s unique and beautiful sculptures that pay tribute to this wonderful Italian island. 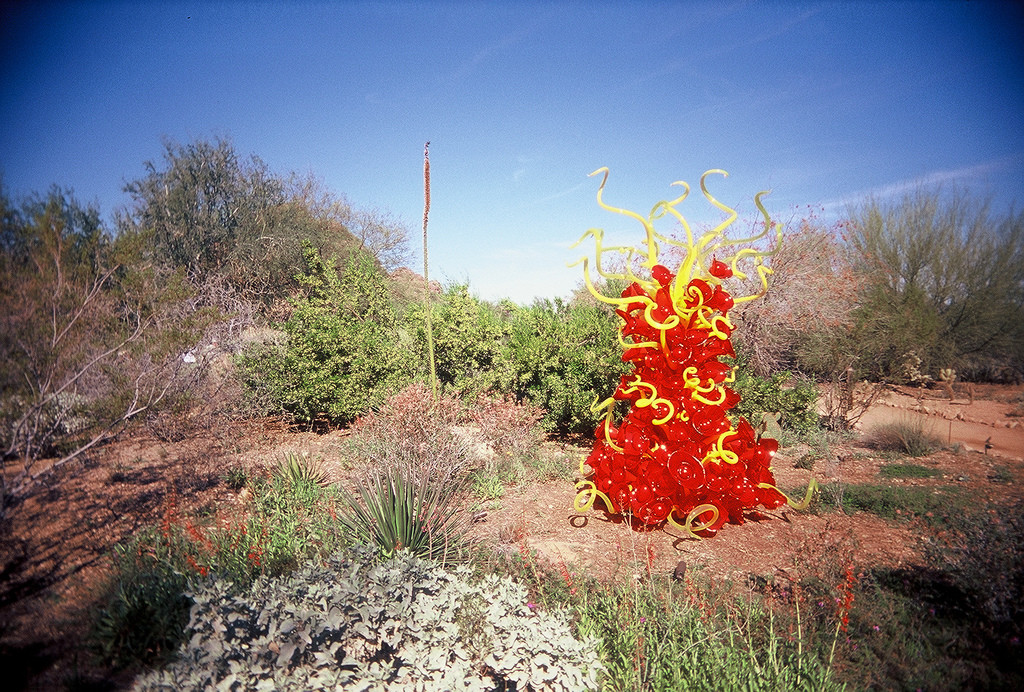