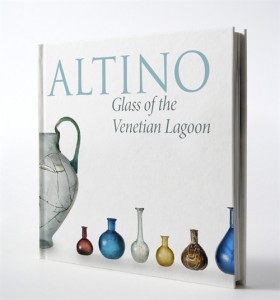 A new exhibition opened up at the Archaeological Museum in Altino, Italy this May is dedicated to the long and rich history of glass making in the region. Named “Altino. Glass of the Venetian Lagoon”, the exhibition showcases over 400 glass objects dating to as early as the II century B.C. (time when the area was a part of ancient Rome) and created using the techniques that have been later re-discovered by Murano glass masters. Thus, this exhibition provides a perfect way to better understand the origins of Murano glass making and allows us to trace the continuity between the ancient glass of Altino and Murano glass.

The pieces on display include not only various ancient household items such as bottles, jugs, glasses, cups, saucers, but also glass jewelry created using some very complicated glass making techniques perfected in Roman era such as blowing glass and shaping it in a mould, filigrana (ribbon-like effect), and millefiori.

The exhibition will run till November 30th, 2010 and is located in Archaeological National Museum, Altino (in Veneto region not far from Treviso). It is open every day from 8:30am till 7:30pm